MAMMA MIA HAS BEEN POSTPONED UNTIL 14TH OCTOBER 2021

The first global arena production of Mamma Mia, set to open on 8 October 2020 at the More FM Arena has been postponed.

“After significant consultation with our key stakeholders and given such uncertainty in the current climate, we feel the best decision for all is to postpone our production until 2021”, Taieri Musical Society President Blair Hughson said. Producers spent eleven months negotiating with Australasian right holders Music Theatre International to gain permission to present the show in a global first arena format.

Director Doug Kamo said he along with the creative team and cast were disappointed they wouldn’t be able to present the production this year but fully supported the decision. “Moving it into 2021 gives us the best chance of presenting this global first at a world class level and to an arena full of patrons”.

“We understand there will be a lot of disappointment with this announcement, however we are committed to bringing Mamma Mia to Dunedin and look forward to seeing our sponsors and patrons back in October 2021”, Hughson says.

2020 marks the 21st anniversary of the original West End production which opened on 6 April 1999 at the Prince Edward Theatre in London. It has become a global entertainment phenomenon, which has now been seen by over 60 million people worldwide, in over 440 major cities.

HAVE YOU ALREADY PURCHASED TICKETS?

Presale ticket holders will be emailed with the option to hold their tickets for October 2021, or receive a full refund. If you have not received an email please contact tickets@taierimusical.org.nz 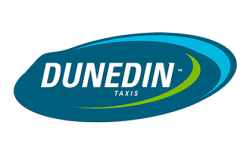